Commissioned by Illuminus, Boston and sponsored by Epson,
this installation maps realtime pedestrian activity into an infinite, growing architecture. 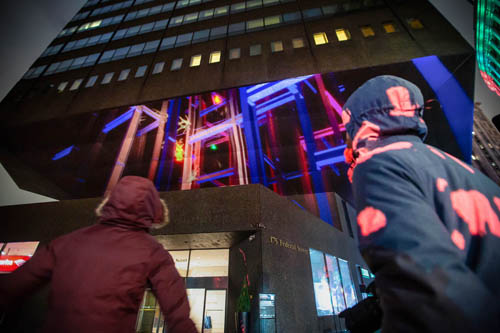 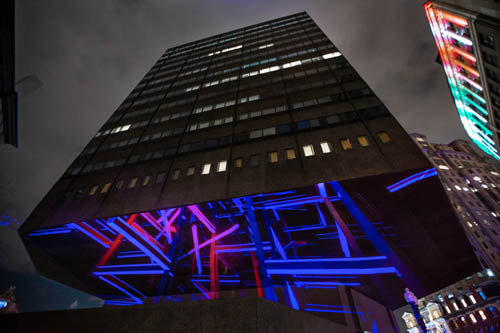 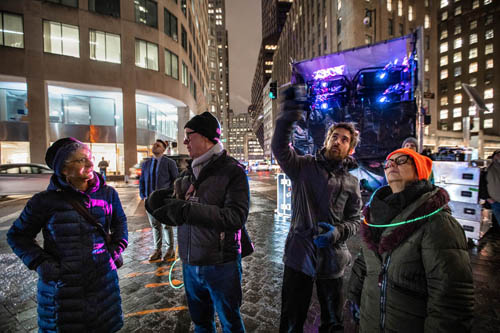 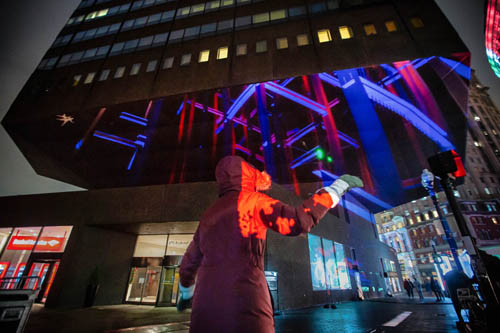 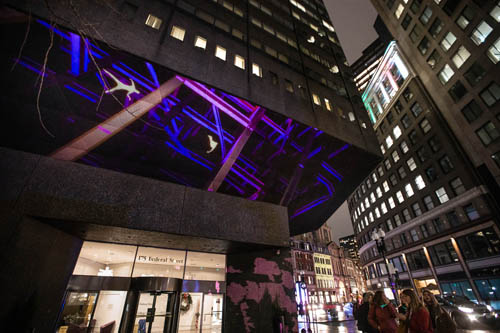 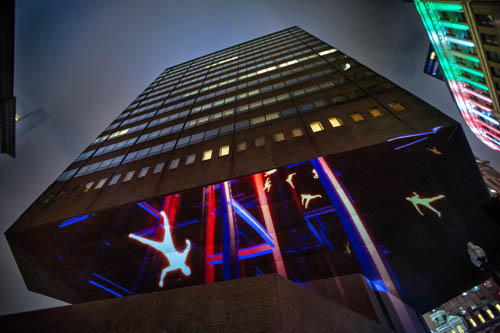 In Boston, the skyline changes faster than the people. As the urban fabric extends heavenwards, people become the collateral for a new economic expansion. Commissioned by Illuminus, Boston and sponsored by Epson, this installation maps live pedestrian traffic onto a procedurally generated, skeleton skyscraper. The augmented reality structure of Expansion transforms Boston's physical architecture into visual voids, which vacuum up passersby. As each of these figures crashes into the generative structure, churchbells toll and the ascending figures burst into colored light, before fading to crimson and black. On the plaza, live movement is projected back onto foot traffic, selectively illuminating real pedestrians in this same red wash. As activity in the plaza grows, the procedurally generated structure densifies, and the number of falling figures increases. Culturally, this project threads together symbols of Boston's puritanical past, aggressive historical development, and technocapitalist present in order to underscore today's social displacement crisis. As the economy expands and rents rise, past residents flee, and a new Boston emerges.

This project is achieved through the following technology pipeline:

1) An infrared camera records pedestrian activity on a public plaza.
2) Python scripts utilizing OpenCV create an image of the isolated activity, colorize it, and project it back onto the plaza. The result is that pedestrians are colorized with light.
3) A Unity simulation generates a skyscraper substructure, and simulates colorized figures falling into it. The structure growth and number of figures modulate in response to activity on the plaza.
4) The simulation is projection mapped onto the cantilevered underbelly of an iconic skyscraper. The visual effect is that of a skeleton structure ascending into an overhead void, illuminated only by radiant falling figures. Colorized pedestrians on the plaza visually mix with upwardly falling figures, blurring simulated and actual space.